The 5 fighting houses or the 5 Houses of New Front are the schools or dojos where Yearlings enter to train and graduate as Fighters in the fighting arts.  Each house specializes in its own authentic and specific style.  And once the students graduate after their 4 years of training they are able to go out and make a living as professionals in the fighting arts.

Each school also has a monastery and a student can spend up to 10 to 15 years there studying and training to become a monk or to achieve Priest status, and even Lord status.  Each House requires a blood oath and lifelong allegiance to it.  Once it’s taken and you are accepted into its clan you can only break it by death.  The Houses are highly competitive with one another.  They compete against each other every year in various organized fighting tournaments.

These tournaments have become even more popular than the NCAA Basketball Tournament as it determines which House will be deemed the best; this not only generates millions of dollars in corporate money to these houses but also attracts a higher caliber of student.  These Houses admit boys only.  The 5 Houses of New Front are as follows:

4.   TheHouse of the Black Fist

The House of Pain ➤
READ BIO ➤ 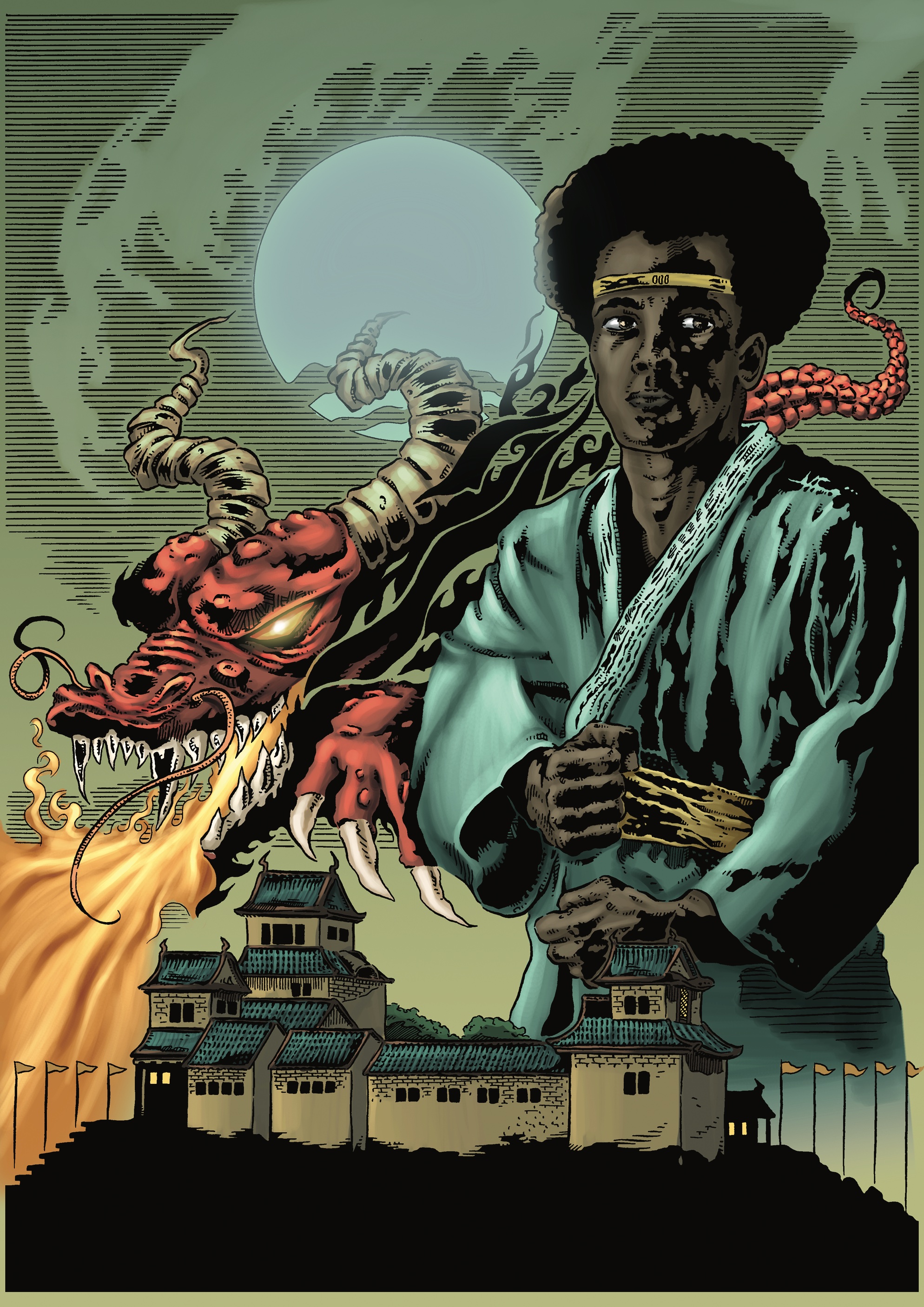 The House of Pain

Currently, this house is the leading martial arts and hand-to-hand combat House in New Front.  It is the most exclusive in the entire city, has a highly selective admissions process and has won the amateur New Front Organized Fighting Tournament a record ten consecutive years. 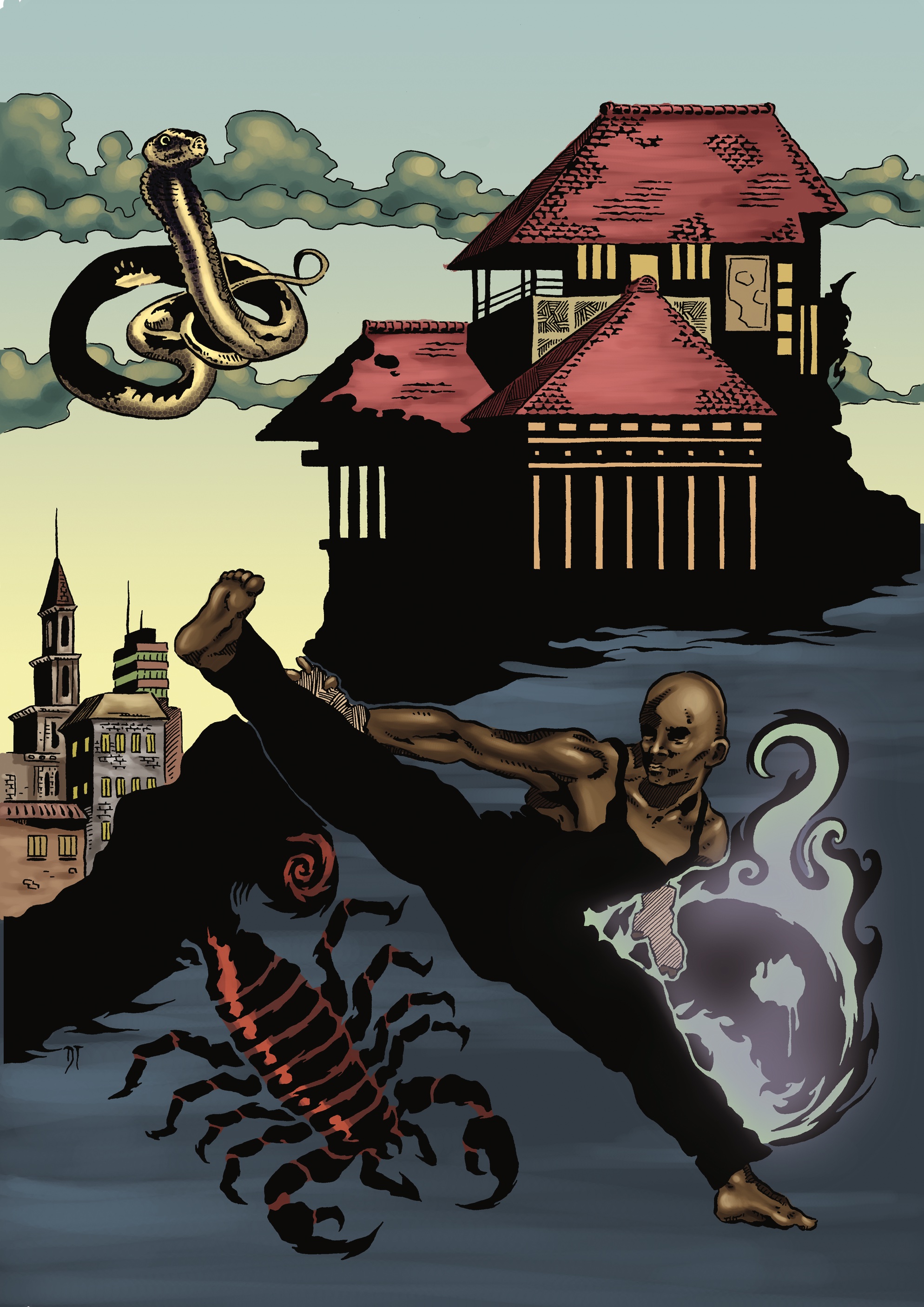 The House of Wrath

This dojo is the second leading house in the city.  It graduates members who may not be quite as lauded or skilled as graduates from the House of Pain, but its members are more sought after than any other school by corporations and business looking to hire professional fighters.

This is mainly due The House of Wrath’s emphasis on training it’s initiates how to injure and kill more so than teaching them the art and dance of hand to hand combat.  Some see this as teaching shortcuts in the martial arts as opposed to legitimate focus on the craft itself. 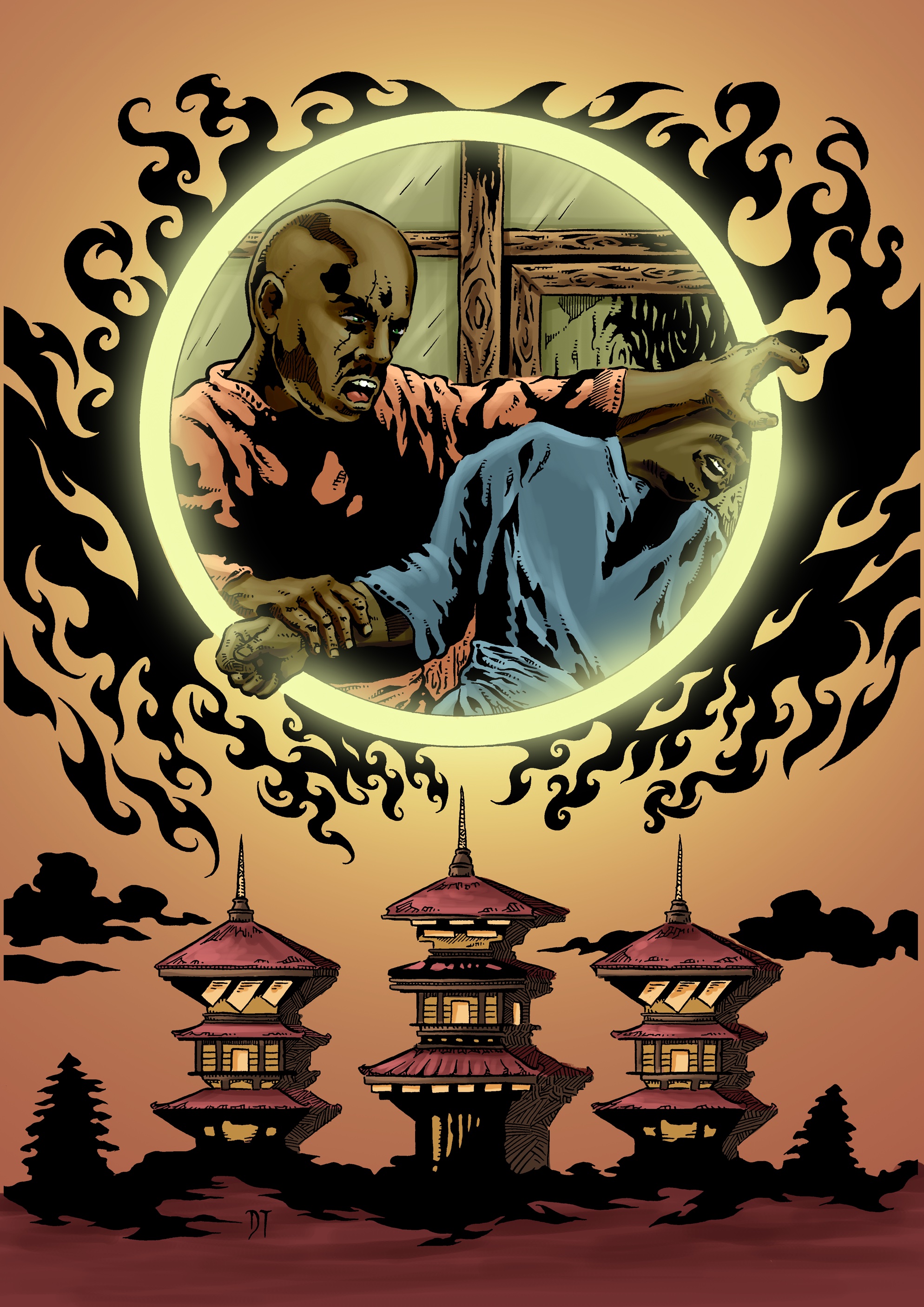 The House of Red

The House of Red’s main emphasis is on the deathblow.  It focuses its members on how to kill instantly as opposed to how to fight in prolonged sparring events.  The graduates from this house are most feared because they have a reputation for a lack of discipline and easily loose their cool.  They are rarely hired by businesses and most often do freelance work as mercs, assassins, tax collectors and/or prizefighters.

The House of the Black Fist ➤
BIO ➤ 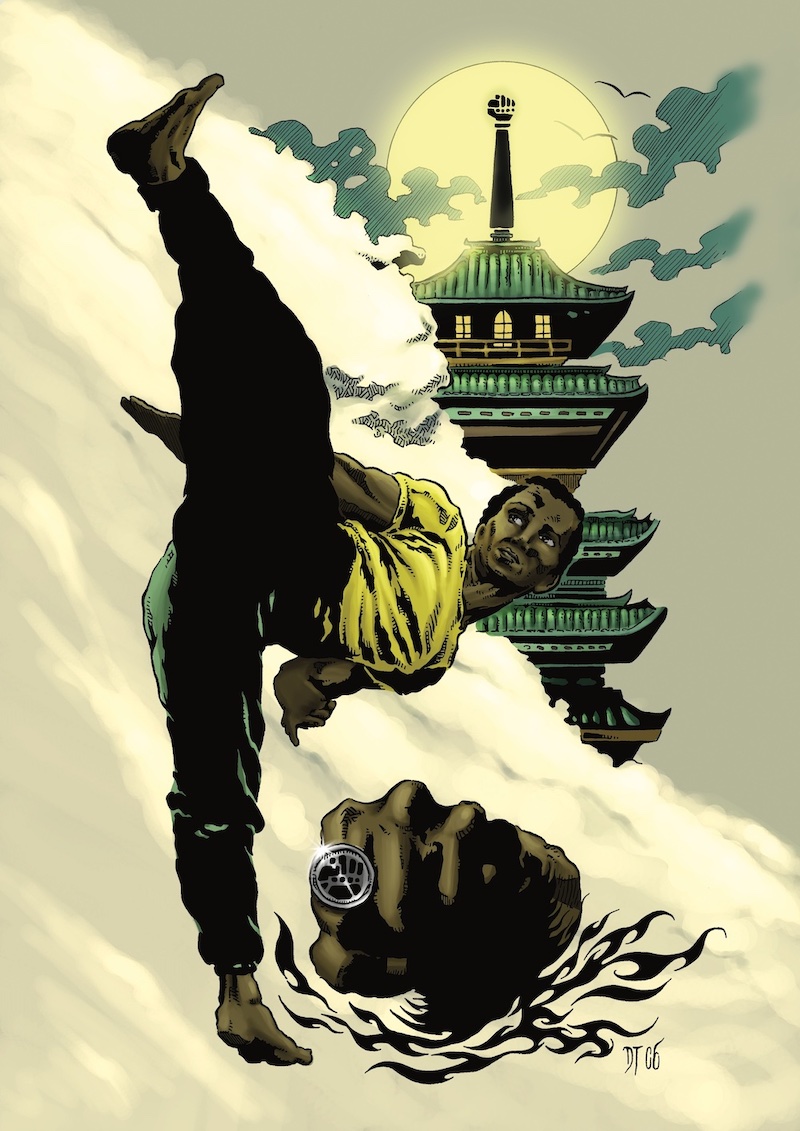 The House of theBlack Fist

The weakest of the 5 schools in terms of open hand and martial arts training.  It admits any boy who wants to learn.  Its main emphasis is on teaching martial arts as self-discipline.  Classroom study, yoga, meditation and physical conditioning are emphasized over hand-to-hand combat.

However, out of all the school’s, its graduates are the most successful in mainstream society because they leave this House with such personal discipline that they usually go off to college or business school, become entrepreneurs, teachers and generally successful members of the community.

They do have an advance level of fighting skill but are not as skilled as graduates from the other Houses but are more balanced and successful than them in the long run.  This enables The House of the Black Fist to keep its doors open because its’ successful alumni make more money than graduates from the Houses and donate substantially to their alma mater.  This House’s endowment is well over ten million dollars a year and increases annually. 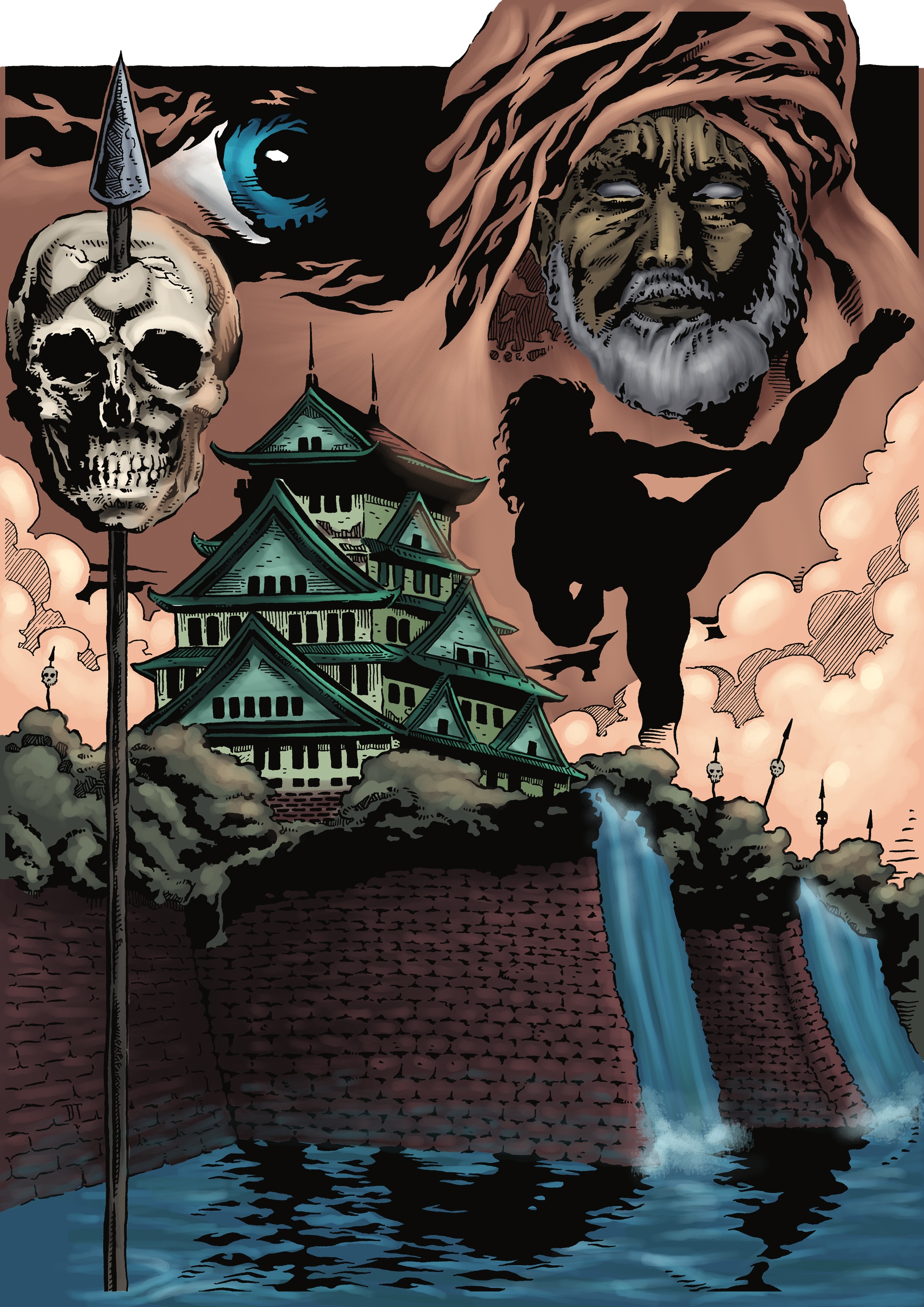 The House of Rage

This is the most feared House in all of New Front.  It doesn’t admit Yearlings, only seasoned warriors, Fighters and above – mainly graduates from other dojos.  This House teaches its initiates how to find and summon their inner rage and use it to increase their physical strength, skill and resistance to pain.  Initiates of the House of Rage graduate as Berserkers.

And Berserkers can only be stopped by being killed.  Usually, only Destroyers, Butchers and some Heavyweights have been known to stop high-level Berserkers.  But many a Heavyweight has been killed in a Berserker confrontation.  Destroyers and Butchers on the other hand can match a Berserkers strength, intensity and resistance to pain and garner the advantage by being able to keep their sharpness of mind.  This usually enables them to outthink Berserkers.

However, there are only 2 to 3 Butchers and Destroyers left in the world.  Some believe it’s because most Butchers and Destroyers met their deaths at the hands of Berserkers.  And some in the warrior community wonder if Berserkers shouldn’t rank higher than Destroyers and Butchers, discounting the level of difficulty it takes for a Destroyer or Butcher to maintain his mental control while still being able to summon and utilize rage with the same intensity as one who completely loses his mind. The House of Rage is hated by the other 4 Houses because it makes its’ initiates denounce their allegiance to their former Houses and swear a new allegiance to theirs.

There is little the other 4 Houses can do to hold their former graduates to their previous blood oaths once they become Berserkers.  And because The House of Rage is so feared by them, they turn a blind eye to their grievances with it and leave it alone in peace.