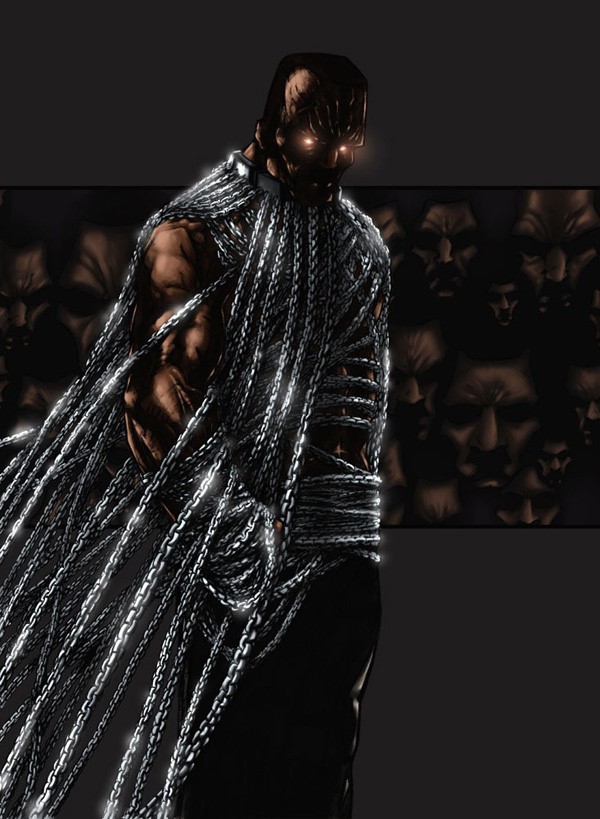 Holocaust is a sentient being possessed by the souls of all the slaves who died in the Middle Passage – the Atlantic Oceanic route slave ships traveled between West Africa and the Americas during the Trans-Atlantic slave trade.  The combined spiritual energy of some 100million souls gives him Celestial level power and the energy quotient of 100million auras.

This makes Holocaust one the three most powerful beings on the planet Earth.  His power can only be matched or surpassed by other Celestials, especially those from the Ethereal Plane who have equal or greater power levels.  However, the 100million souls inside Holocaust vie for dominance for his consciousness making him mentally unstable at times until he regains control.  Holocaust’s aims are multiple.

When the millions of clergymen, priests and tribal leaders take dominion over his consciousnessHolocaust seeks to become the living God of Earth.  In this state of mind Holocaust feels that the Earth would be best served if he destroyed civilization entirely and rebuilt it from the ground up and that is his mission.

Powers & Abilities: Holocaust possesses Celestial level strength, endurance, invulnerability and speed during flight.  He has the ability to project raw spiritual and aural energy from any point on his body.  Holocaust also has complete awareness of his immediate surroundings and has the combined fighting skill of the millions of warrior souls he possesses.  Holocaust also has every skill of every soul he possesses inside him. 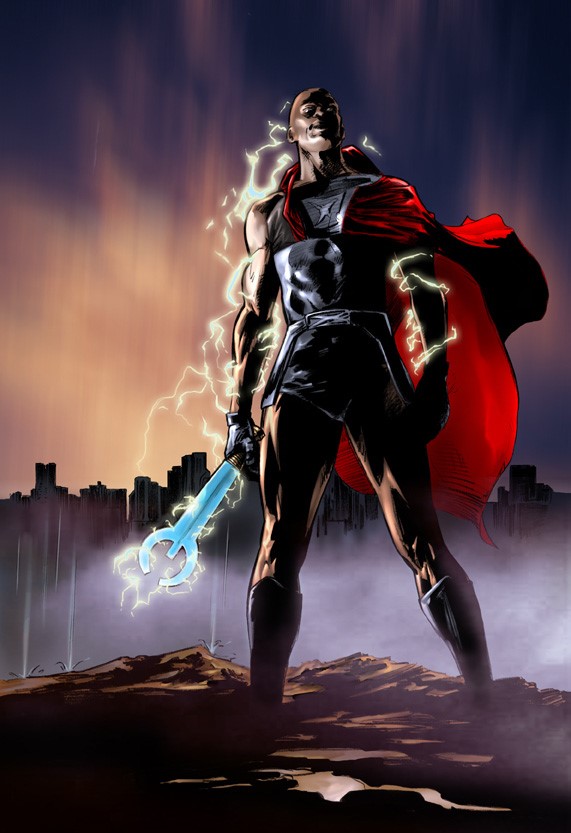 Age: That’s open to interpretation. He could bean immortal.

The Proletariat is a ragtag group of adventurers whose powers and special abilities were given to them from the essences of their leader, Pantheon the Conqueror. Pantheon is an alien born on a slave planet who is searching the cosmos for his mother, wife and child; all of whom were sold away from his birth planet. Earth is the last of the slave planets in the cosmos and he believes it’s the only place in the galaxy left where they could be. The vital stats of Pantheon are below.

Powers: Pantheon has super strength and the power to hurl himself through space and time sometimes from planet to planet. Other times from solar system to solar system. Pantheon also has psionic manipulation over heavenly bodies; asteroids, comets, space dust and the like. He can ride asteroids from one end of the solar system to another, and mentally sway the movement of comets and space dust.

When Pantheon enters the Earth's atmosphere his body reverts to that of an adult human male. He has to concentrate with all his might to transform to his normal physical self while on Earth and can only keep that form temporarily ... unless he flies above Earth's atmosphere.