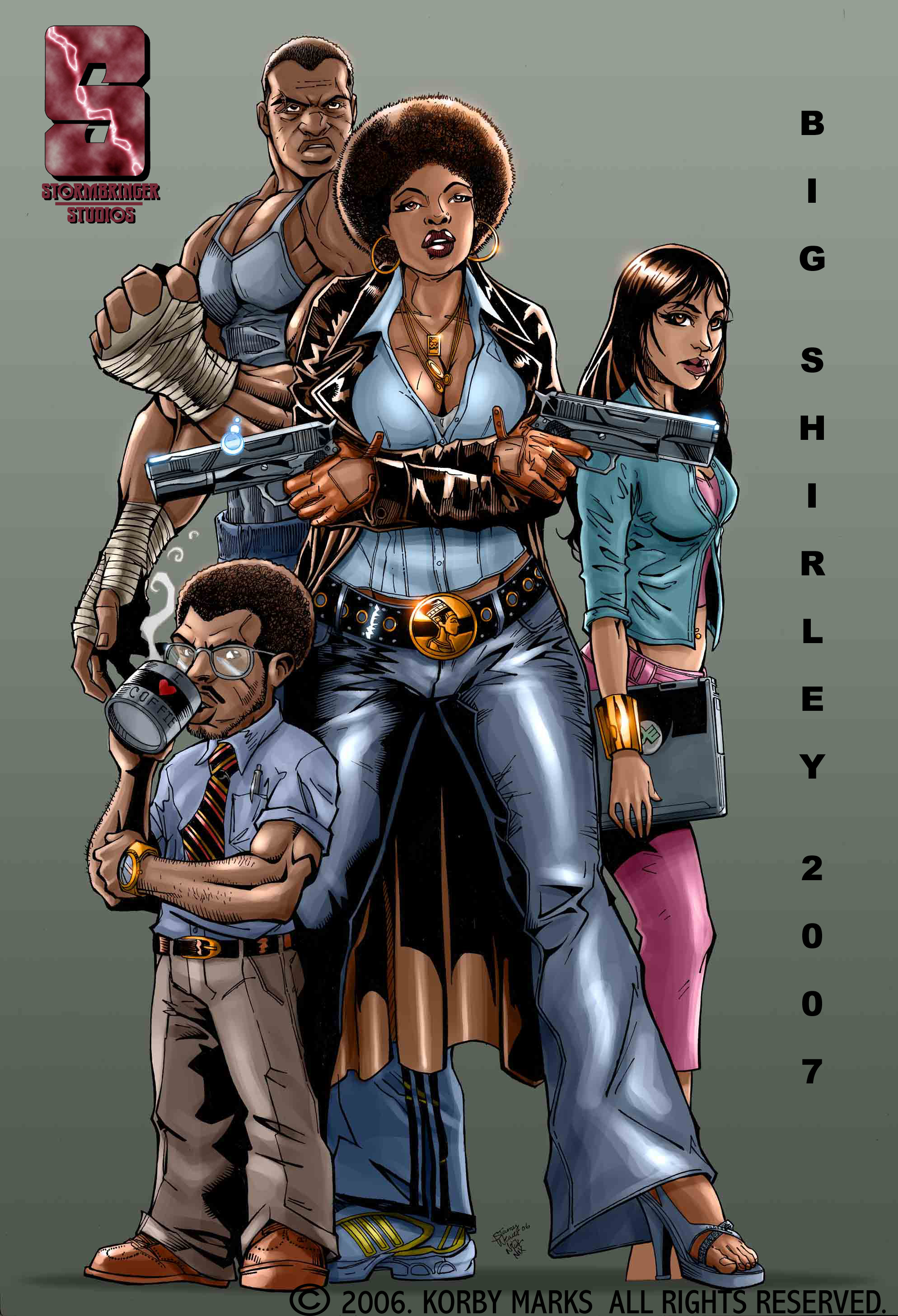 Shirley Caesar is a former homicide detective for The New Frontier Police Department.  Her partner was murdered during a botched investigation that Shirley blames the New Frontier Chief of Police for.

During an argument immediately after her partner’s funeral Shirley Caesar punches and knocks out cold the chief of police at her partner’s gravesite in front of hundreds of fellow officers and family members who were in attendance.  Relieved of her duties Shirley Caesar went into a state of depression that lasted 3 years. Shirley Caesar, or “Big Shirley,” as she is respectfully called, is a plus-sized woman.

She has always struggled to make the mandatory fighting weight during her career as a police detective yet she managed to meet the physical requirements she needed to keep her job. During her depression Shirley’s weight swelled to it’s natural state.  She is not at all self-aware of her size and uses it and its proportional strength to her advantage. After her three year hiatus from law enforcement Shirley Caesar opened a Personal Avenger / Private Investigations Agency in inner city New Front’s Skid Row District.

Her office is a hole in the wall storefront that used to be a small butchery and the smell of death still lingers like mildew.  The office front is also located underneath a rapid transit train line and her office often vibrates from the passing subway train as it roars overhead. Shirley Caesar wears a blow out Afro and usually dresses in slacks or black jeans, short-heeled boots, blouse and a quarter-length or ankle-length leather jacket.  As a Personal Avenger, Big Shirley is not a legally licensed law enforcement officer, which causes her to be a thorn in the law enforcement community’s side as she oftentimes crosses paths with former colleagues during the investigation of cases.

Personal Avengers are tantamount to illegal bounty hunters and usually go after suspected and known criminals that officers of the law can’t due to legal restrictions or political red tape. Big Shirley reluctantly hired two employees to run her office and do investigative research for her.

One is Fez, her pygmy office manager and the second is a college intern by the name of D’Angeline who works for free.  D’Angeline is a student at New Frontier State majoring in Law Enforcement and is very book smart. 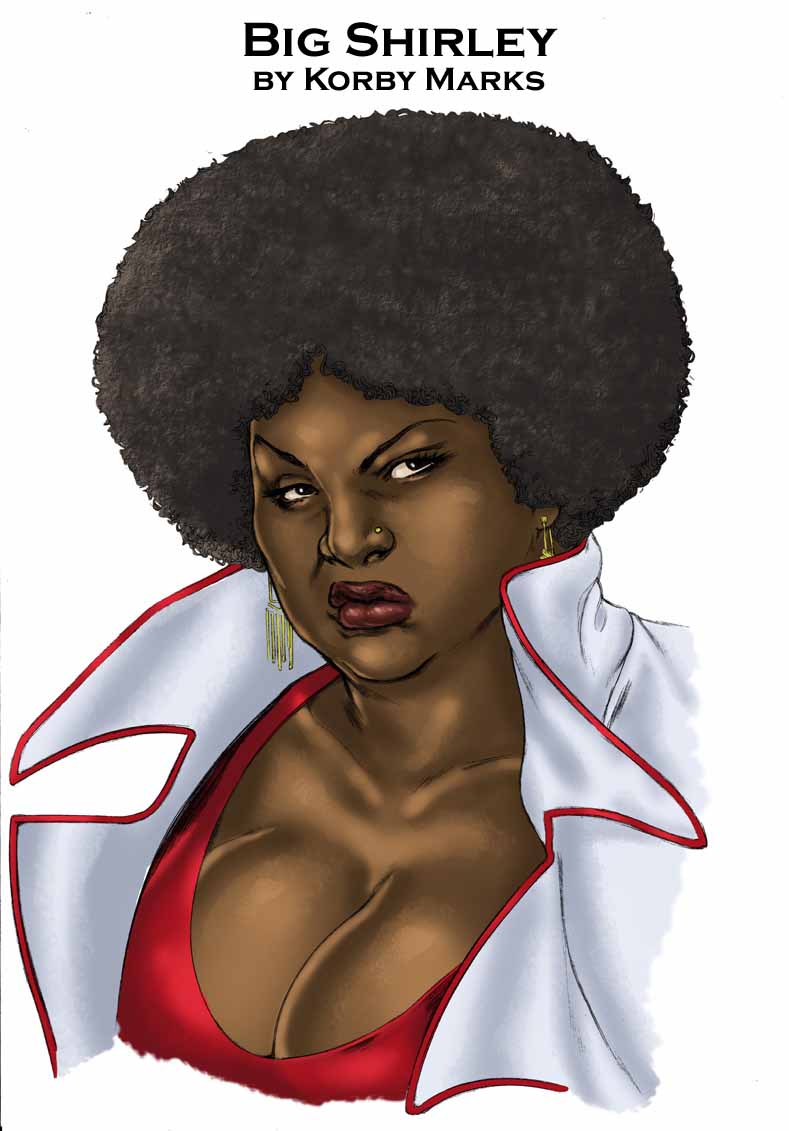 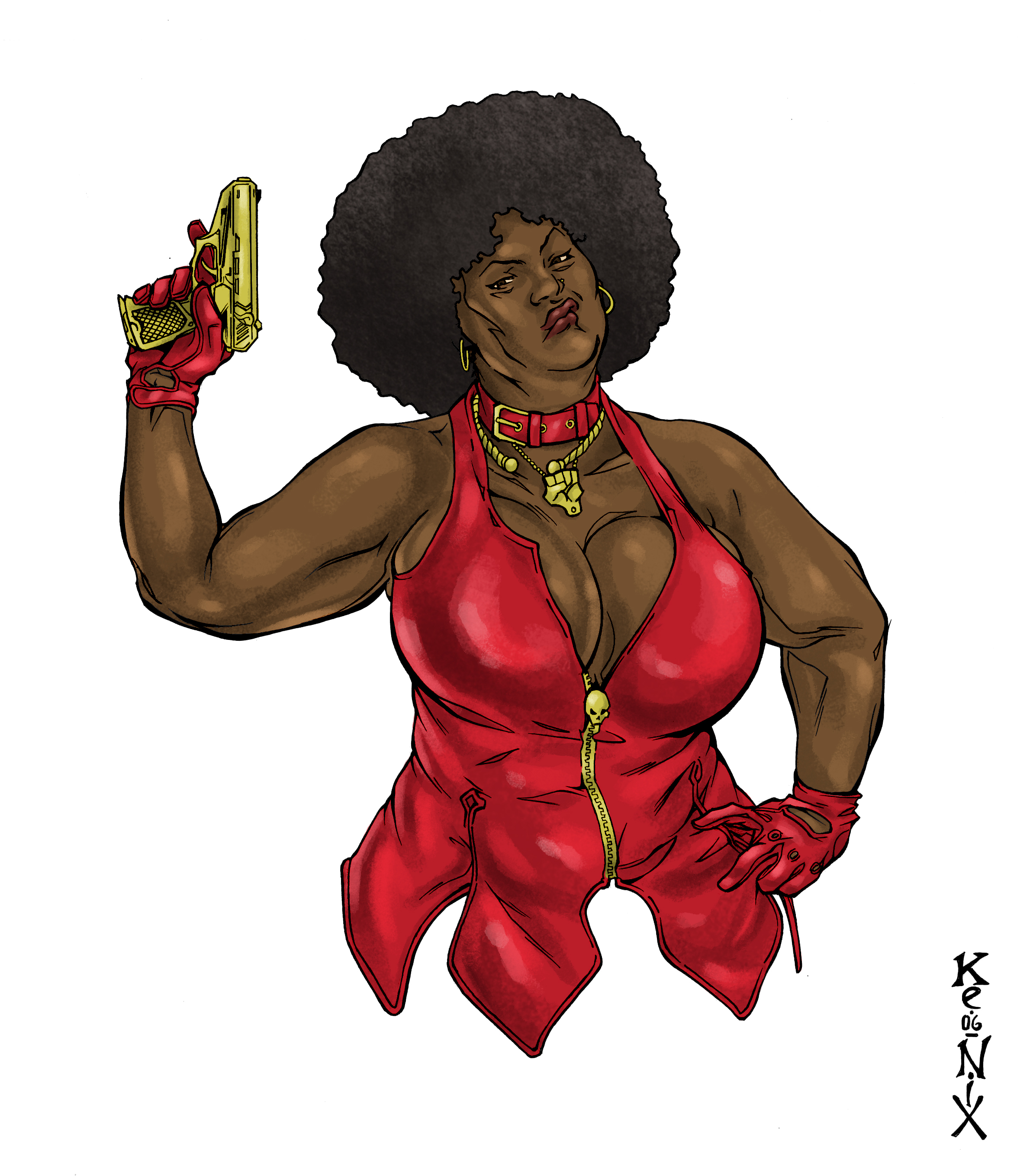 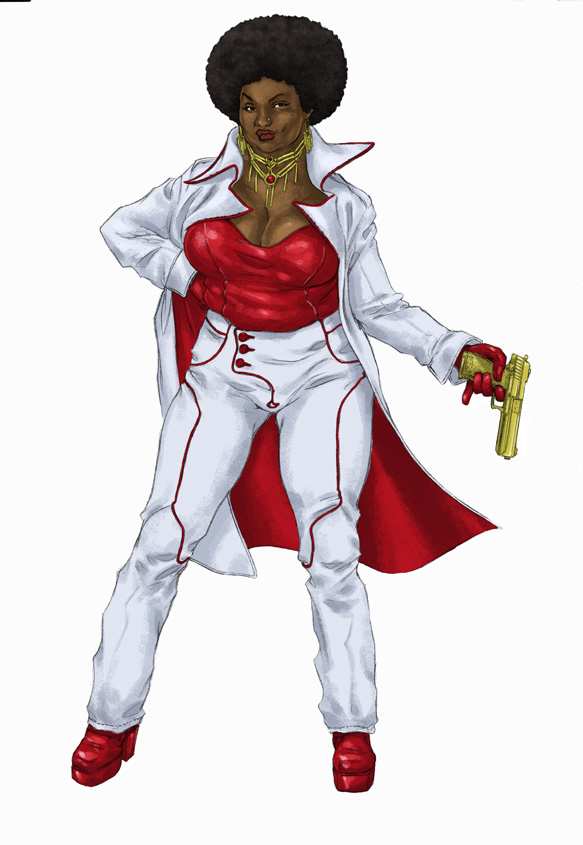 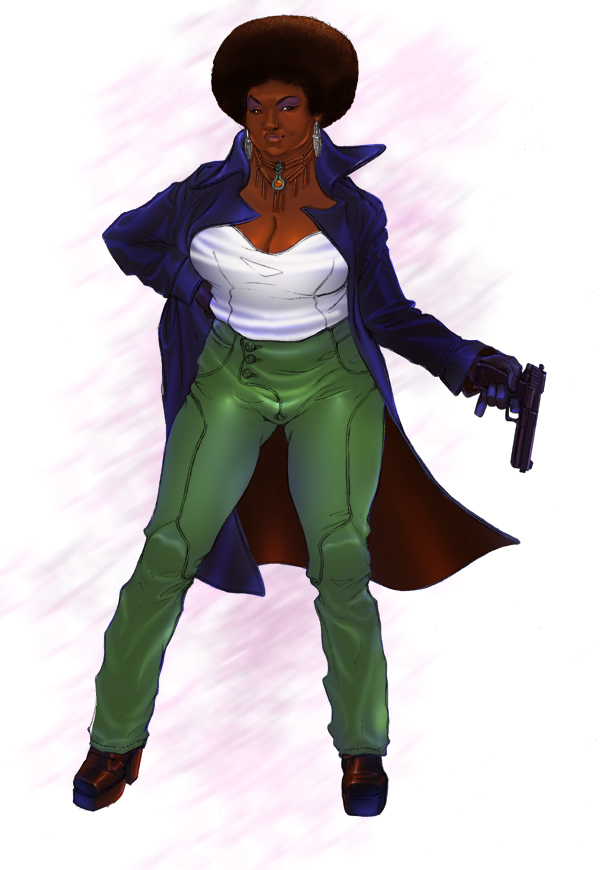 Big Shirley is tall and carries weight statuesquely like a Queen Latifah.

With the character Shirley Caesar I wanted to create a hard-boiled woman who is the antithesis to the Hollywood-thin actresses of the world.

So using this model you have free reign to design her. 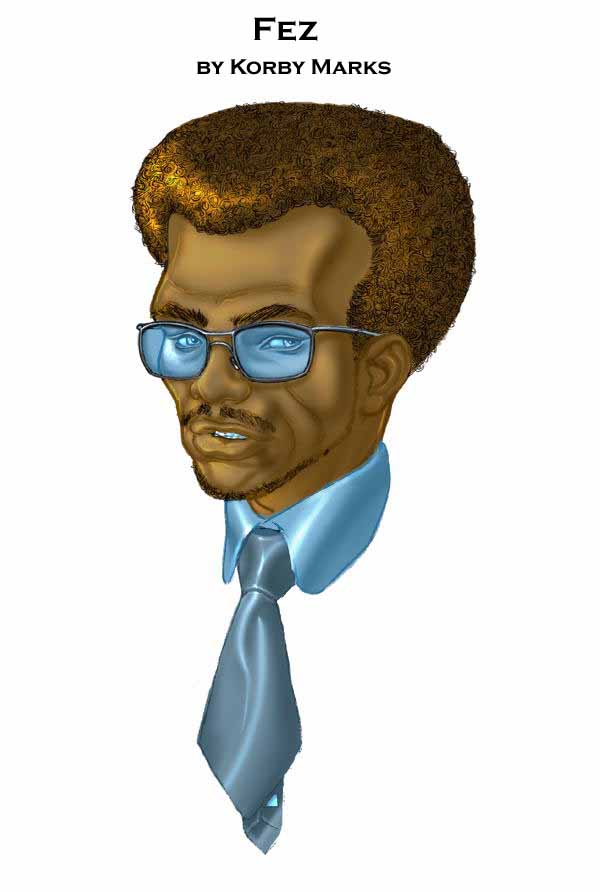 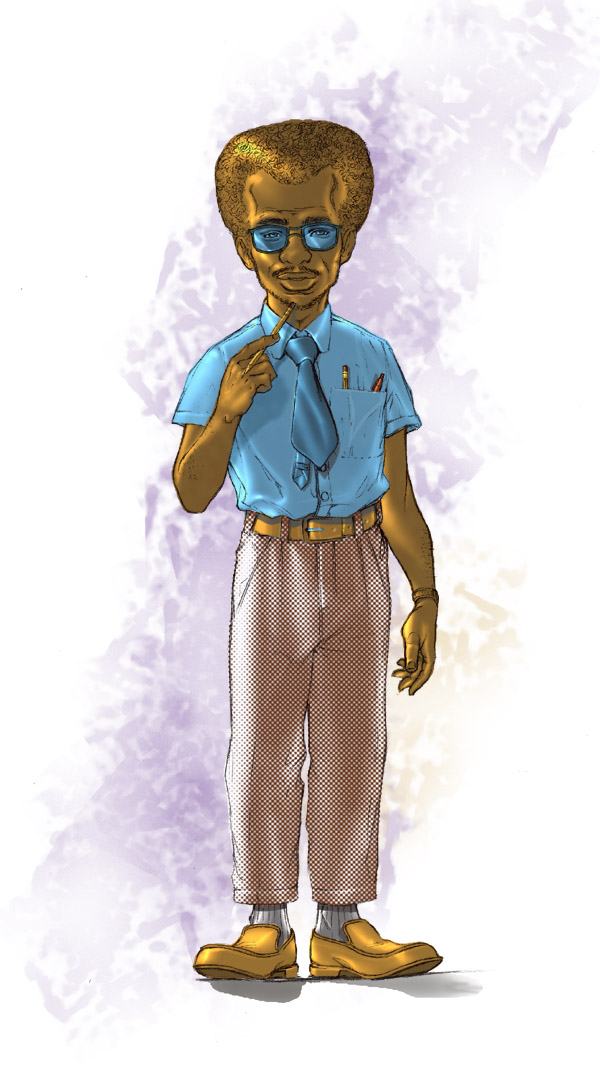 is a Pygmy. In this world Pygmies are the newest minorities.  He’s a bookworm, wears glasses and drink slots of coffee.  He wears short ties with huge knots.  But you have free reign to come up with his design and dress him how you please. 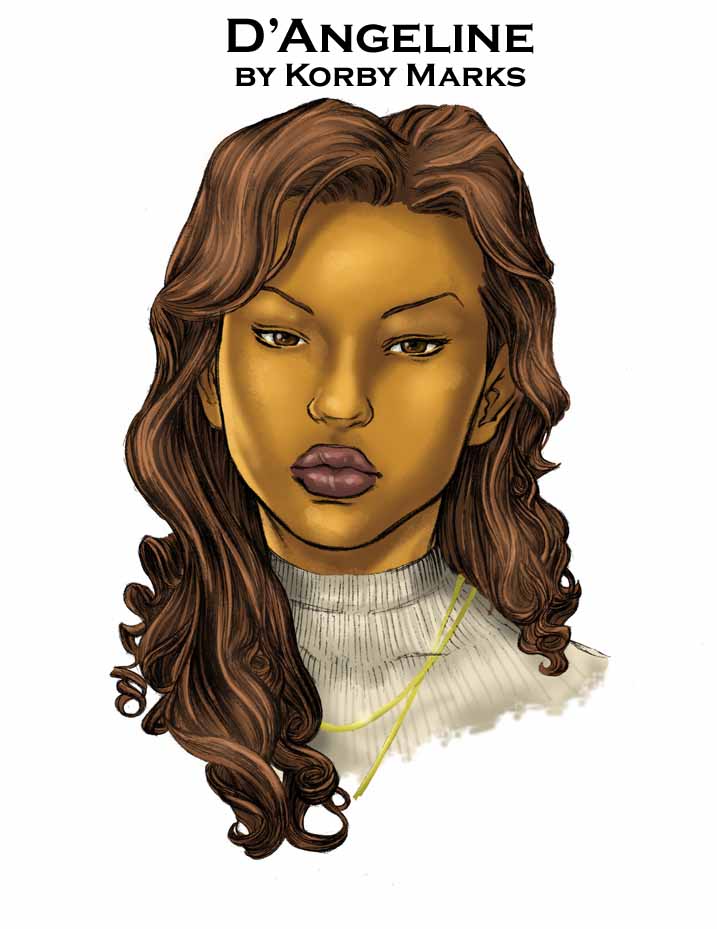 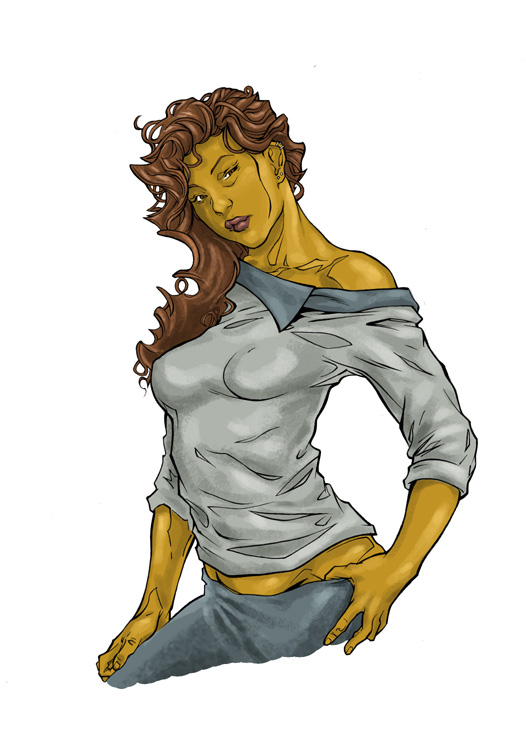 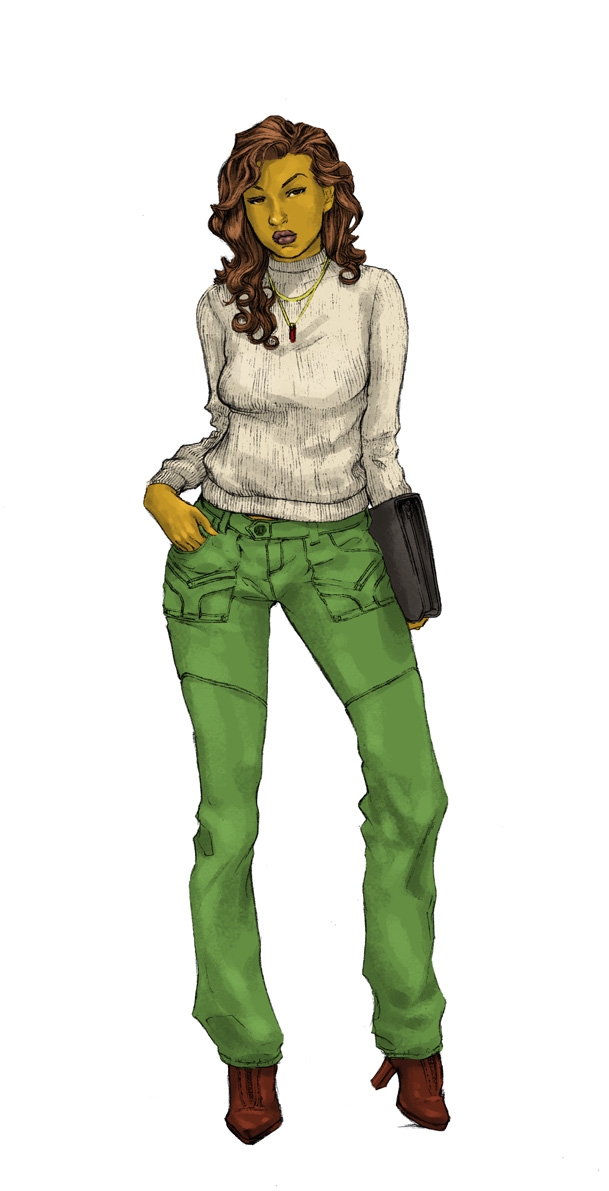 Big Shirley is tall and carries weight statuesquely like a Queen Latifah.

With the character Shirley Caesar I wanted to create a hard-boiled woman who is the antithesis to the Hollywood-thin actresses of the world.  So using this model you have free reign to design her 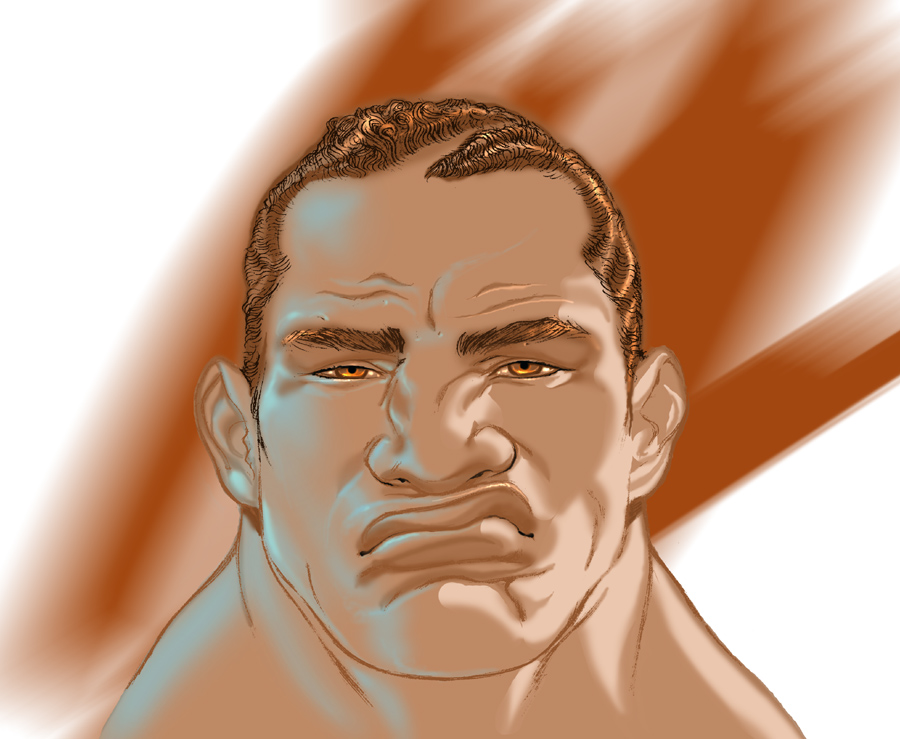 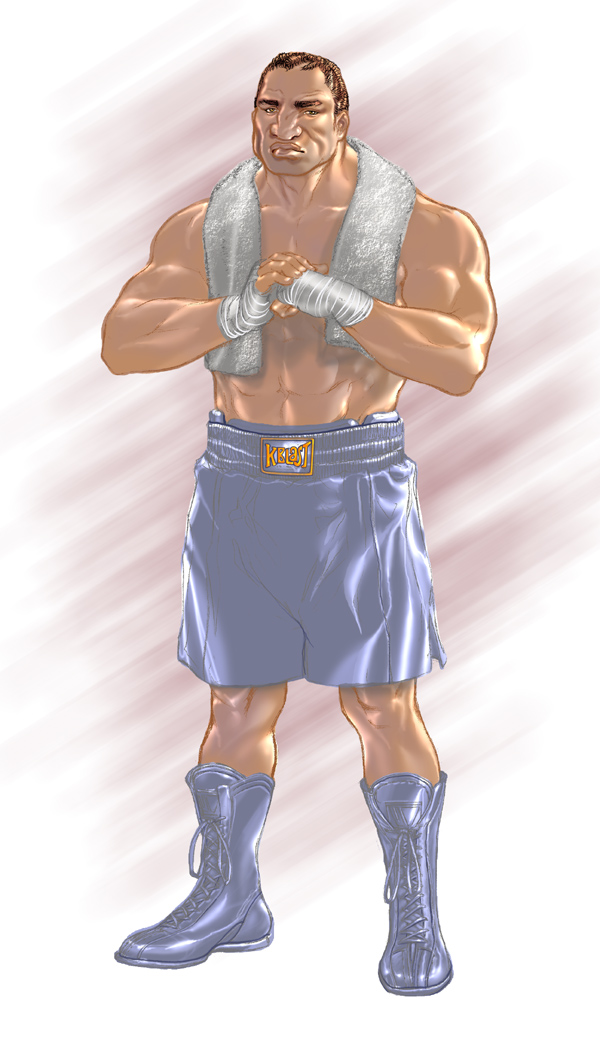 Snot is a washed up ex-heavyweight fighter who provides muscle and back-up for Big Shirley.